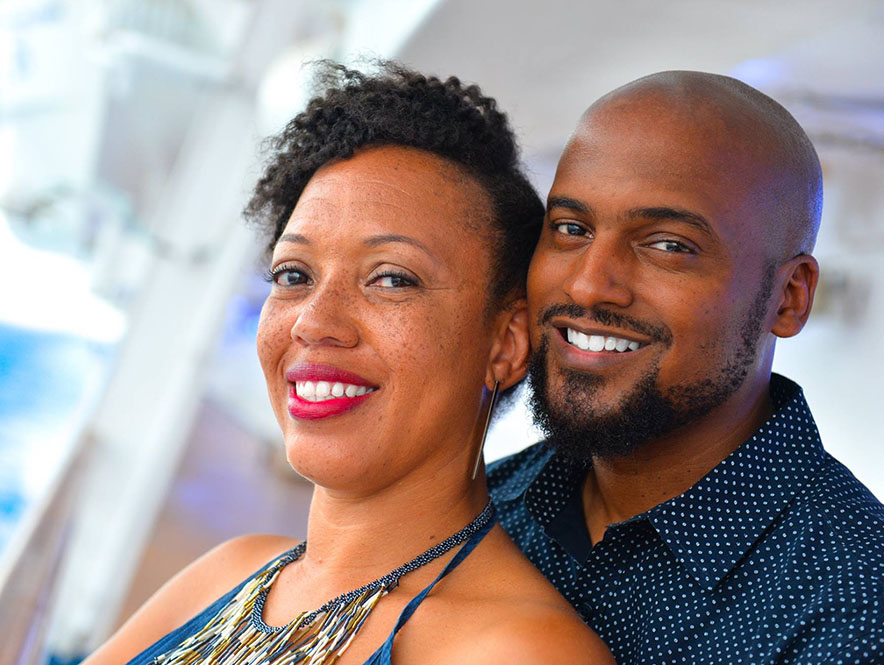 Lamar and Ronnie Tyler are the husband-and-wife power pair behind Black and Married with Kids, the largest independent African American marriage and parenting site on the web.

Lamar and Ronnie were so fed up with the pervasive, negative and distorted images of black marriage that they channeled their frustration into a passion for curating online media properties that celebrated and honored black families.

Armed with this vision and expertise in social media, Lamar and Ronnie have taken Black and Married with Kids from a small personal blog to an international brand under their own Tyler New Media, they now have 7 independently produced films and over 540,000 Facebook fans.

Black and Married with Kids has been recognized and honored by some of America’s most established and respected media outlets. In 2010, Black and Married with Kids was named by Parenting Magazine as one of 2010’s Must-Read Blogs. In the same year, Lamar and Ronnie were inducted into Babble’s Top 100 Bloggers Hall of Fame. In 2012—for the second year in a row—they were included as two of Ebony Magazine’s Power 100, a list of country’s top 100 African-American movers and shakers, keeping company with President Barack Obama, Beyoncé Knowles, and Jay-Z. In 2014, the Tylers were finalists for the Black Enterprise Family Business of the Year Award. And in 2015, the Tylers were also named finalists for Infusionsoft’s Small Business ICON award.

Along with writing for and managing Black and Married With Kids, which now employs more than 40 staff writers, Lamar and Ronnie stay busy running Tyler New Media—producing, directing, and traveling across the country screening Tyler New Media films and speaking on marriage and business-related topics for a variety of churches, organizations and media outlets including ESSENCE Magazine, Parenting Magazine, Ebony Magazine, Sirius/XM, TV One, HLN, NPR, Atlanta Journal-Constitution and The Washington Post.

Lamar and Ronnie are the happy parents of four children and call Atlanta home.